Yes, you can still use USB to boot Homelab Servers

Much software used within homelab as well as SME would get installed on flash media. USB and/or SD cards to be specific. TrueNAS and ESX in particular destroy these types of media, more so in recent versions. VMWare has a KB on it for ESX. It formally stated it was unsupported but they backed down and are stating it will be removed in a future release. William Lam has a good article on it as well. For TrueNAS, IXSystems states its not recommended. Even a Pi-hole on an RPi will wear out a commodity SD Card so people use something like log2ram for it to help with wear.
For my homelab I am going through a hardware refresh. My old servers had a dual SD Card internally that ran the host OS. While I used high-end write-focused SD/USB flash media, I did have one SD card die after several years of use so I do want to be mindful of this in my next refresh. What they are saying is don't use the cheap flash media, NOT the USB interface itself, at least currently.
My new servers support USB3 internally however USB2 would be fine IMO. So for ESX I found a 128GB M.2 for $15 and got a USB to M.2 adapter for another $15. Since this card was a 2230 form-factor I also obtained this adapter as I didn't like just using the rubberband the adapter came with. 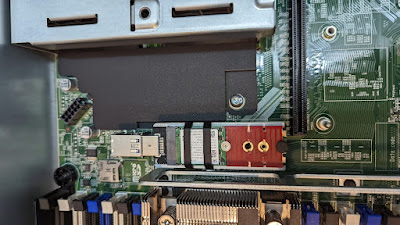 For TrueNAS since it supports multiple OS drives, I made use of two 128Gb mSATA drives I found and USB to mSATA adapters that were $9 each as well. Due to mSATA width, I used a 6" USB3 cable for each. I just used double-sided foam tape to hold them down. 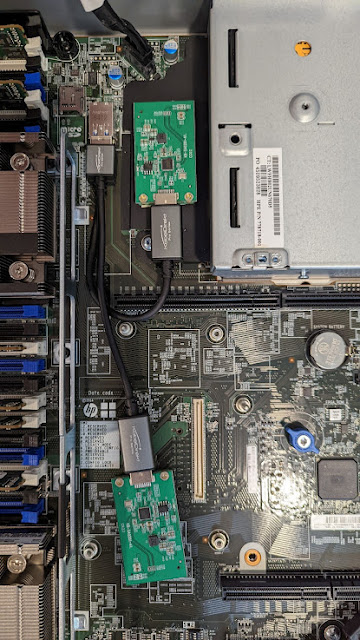 Been using this configuration for a few months now and works just fine. Startups and shutdowns are nice and quick. TrueNAS shows them as 400MB/s vs 600MB/s for SATAIII. My new servers also have internal SATA headers and power so I could possibly transition to that, at least for ESX as I like the ZFS mirror TrueNAS uses for its system OS. Perhaps a SATADOM would work otherwise just have to figure out the vendor's cable part number for the optical header or build my own. 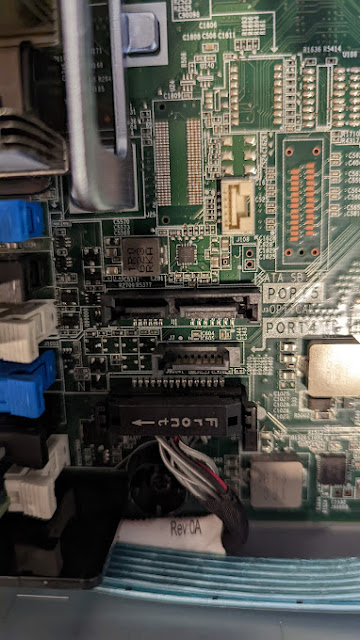 -Kevin
Posted by Kevin Fason at 5:55 PM No comments: